NLI-PT is the first Portuguese dataset compiled  for Native Language Identification (NLI), the task of identifying an author’s first language based on their second language writing.

NLI-PT includes the original student text and four different types of annotation: POS, fine-grained POS, constituency parses, and dependency parses. We used the LX Parser for the simple POS and the Portuguese morphological module of Freeling for detailed POS. Concerning syntactic annotations, we used the LX Parser for
constituency parsing and the DepPattern toolkit for dependencies.

NLI-PT can be used not only in NLI but also in research on several topics in the field of Second Language Acquisition and educational NLP.

NLI-PT is described in the following paper: 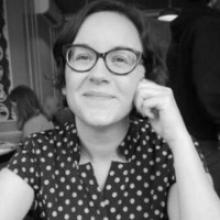