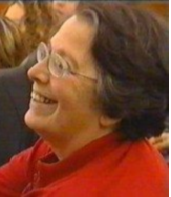 Manuela Barros, as she was known, was a researcher of the Center of Linguistics of the University of LIsbon for nearly thirty years (1973 – 2002). Invited by Lindley Cintra, she began her activity as a dialectologist with the project Atlas Linguístico-Etnográfico de Portugal e da Galiza (ALEPG) at the Centre of Philological Studies as it was called then, becoming an Assistant Researcher in 1987 and a Leading Researcher in 1996. She stood out due to her knowledge, the quality of the investigation she developed, the contributions to the Dialectology and Diacrony group at CLUL and also due to her friendliness and respect towards everyone who had the pleasure to work with her.

Manuel could not have followed a path other than dialectology, associated with etnology, not only due to her profound interest for linguistic aspects but also due to the imaterial cultura of the non urban areas the dialectic inqueries took her. Her inquery notebooks are filled with with valuable linguistic data and observations, as well as information related to the questions on the script, notes of recordings in which she participated, nursery rhymes, prayers, home remedies and traditional stories, skillfully gathered through the participants and which amazed her. In the notebooks where she recorded her field experience, that were just as precious, she drew artifacts and scenes of etnographic interest, as a former Fine Arts student.

She participated in more than a hundred of inqueries destined to the making of Atlas Linguístico-Etnográfico de Portugal e da Galiza (ALEPG), of Atlas Linguarum Europae (ALE) and Atlas Linguístico-Etnográfico dos Açores (ALEAç), as a member of those projects. She represed Portugal in the Comité de Redação do ALE from 1975 to 2008, and a member of their editorial team from 1982 to 2004. She was also a member of the project Atlas Linguistique Roman (ALiR) and the scientific researcher in charge of the project Linguagens Fronteiriças: Mirandês. Betweem 1995 and 1999, she created and led the team that established the Orthographic Convention of the Mirandese Language, a crucial step towards its rehabilition and recognition as Portugal’s second oficial Language. She established and motivated several collaborations, she was a mentor to many young researchers in dialectology that continue to be inspired by her legacy.

The importance and originality of her scientific work are evident in her 1987 thesis, Zoónimos dialectais portugueses: Coccinella septempunctata (joaninha) e Lampyris noctiluca (pirilampo), in her many scientific articles and also in the dialectological synthesis, in the dialect maps and the texts she wrote for national, romance and european atlas.

After her retirement, she led a team of portuguese and spanish linguists that elaborated a bibliography dedicated to ways of speaking in the frontier and other cultural aspects related to them (Ferreira, M. Barros (coord.) 2015. Língua e cultura na fronteira norte-sul (bibliografia). Mértola: Campo Arqueológico de Mértola). She wrote several fiction books and in 2021 she published, through Afrontamento, her memoir Relatório Circunstanciado de Uma Vida a Dois.

We often remember her vivid imagination, the stories she would tell, always fun and exemplary, her fine sense of humour, her laughter and her amazement for what she saw and lived while on the field. We may no longer be in her presence, but we are thankfully left with her voice on  the recordings of the inqueries in which she participated, as well the great personal recolections. 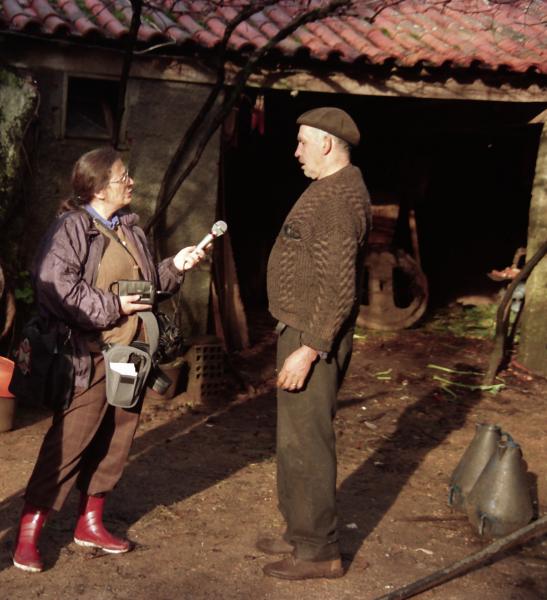 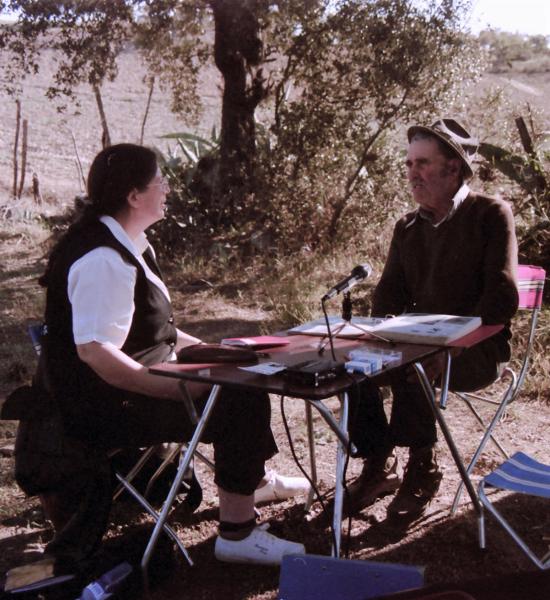