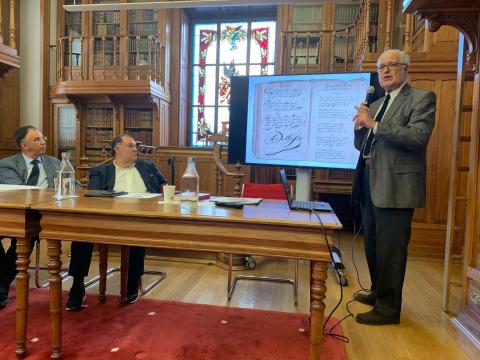 The Book of Pantuns was presented yesterday at the National Press Library. The manuscript, dated late 17th century or early 18th century, which belong to the National Museum of Aarcheology of Lisbon, is a small colleticion of pantuns, a poetic form of south-east asian countries, now edited and studied by Ivo Castro, Hugo Cardoso, Alexander Adelaar and Gijs Koster. With a unique story (the manuscript belonged to Hugo Schuchardt and Leite de Vasconcelos), the Book of Pantuns contains poems in malaysian-portuguese kreole and malaysian-mardica, languages which are no longer spoken and of which there are few recordings of data.