Proposal summary:
The goal of this project is to obtain a composite picture of the origins of the creole populations of the Gulf of Guinea (GG) islands São Tomé, Príncipe and Annobón during the early settlement and consolidation stages (1493-1600) by using an interdisciplinary method with a strong focus on linguistics. In particular, we will explore the hypothesis that the presence of an African founder slave population from the old kingdom of Benin (Nigeria) in the early settlement on S. Tomé left a strong imprint on linguistic, genetic and anthropological creolization.

At the end of the 15th century, the island of S. Tomé was permanently settled by the Portuguese and slaves from the African mainland, thereby initiating a complex and unique process of linguistic, genetic and cultural mixing. Preliminary historical and linguistic evidence suggest that the slave population on S. Tomé during the homestead stage (approx. 1493-1520) largely originated from the Edoid-speaking peoples of Nigeria. The plantation stage (approx. 1520-1600), on the other hand, shows a predominance of western Bantu slaves. The early contact between African slaves and Portuguese settlers on S. Tomé created the right environment for the birth of a new language, the proto-creole of the GG, which quickly spread in time and space into four different creole languages that are spoken on three islands: on S. Tomé, Santome (São-Tomense, Forro) is the direct descendant of the proto-creole and Angolar is arguably the result of maroonage from the initial settlement; on Príncipe, the local creole is known as Lung’ie (Principense); on  Annobón, the creole is locally known as Fa d’Ambô. These four Portuguese-related creoles are spoken by historically self-identifying groups and are, to different extents, endangered languages.

The fact that the Gulf of Guinea creoles (GGCs) are relatively well documented allows us to compile a corpus comprising linguistic data and carry out lexical and grammatical comparisons through automatic processing in order to reconstruct the proto-creole of the GG. The reconstructed language will then be typologically compared with the relevant African strata in order to assess the linguistic impact of the founder slave population.

The linguistic results will be compared with findings from genetics in order to determine to what extent genes and languages co-evolved in the GG. Previous genetic research on the population of S. Tomé has proven this correlation to exist, since it managed to set apart the Angolares from the remaining population of the island. The Angolares, who were often described as Bantus, both linguistically and anthropologically, turn out to exhibit significant imprints from the Benin genotype. The project will extend the genetic survey to Lung’ie and Fa d’Ambô speakers, in order to obtain a comprehensive picture of the genetic differentiation among the different creole groups in the GG.

The contribution of the historical component is also crucial, since the early slave trade in the GG and settlement of the islands are still understudied areas. The project will seek to fill in several lacunas by conducting new archival research and systematizing the available data on the slave trade (origins, numbers, etc.), migration between the islands and early population demographics for each of the three islands. Finally, the anthropological component of the project will describe and systematize several elements of local creole culture and compare them both with African mainland cultures.

By comparing the findings of the disciplines above we will be able to assess, on the one hand, what type of correlation holds between linguistic, genetic and anthropological creolization and, on the other, to what extent a putative founder effect holds across disciplines. The outcomes of the project will not only be meaningful for each of the different disciplines in isolation, but will also constitute an important contribution to our knowledge of creolization in the GG and creolization processes in general. The results of this project will further be of great importance to the population groups that are directly involved in this study.

The interdisciplinary nature of the project contains a high degree of innovation, since this approach to population origins has not been conducted for other creole societies around the globe, and will lead to significant progress in the state of the art of each of the disciplines involved in this study. The research team consists of specialists on the GG islands or on the topics directly related to the project and has the additional strength that its members already function as a research network due to common interests. 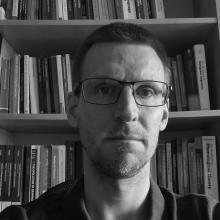 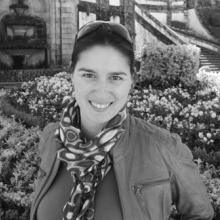