Os Degraus do Parnaso (‘The Steps to Parnassus’) is the general title of a series of essays by the writer and analytic philosopher M. S. Lourenço (1936-2009) that echoes the one given by Johann Joseph Fux to his musical treatise Gradus ad Parnassum. While Lourenço’s texts focus on very different subjects, the common denominator is that they constitute a rare example of Attic prose in Portuguese literature, seeking to demonstrate that language is a musical fact and, consequently, that the most accomplished literary works are musical compositions.

Os Degraus do Parnaso are the arriving point of a seasoned reflection on the relationship between literature and music, which the author shaped over time in many different ways: in 1963, in a review of Maria Amélia Neto’s translation of T. S. Eliot’s The Four Quartets, he points out that if Dionysius of Halicarnassus is right in stating that there is a fifth interval between a long vowel and a short vowel, the language spoken by the Greeks would be musical in kind; in the 1970s, his experiences in radio reading should be seen in accordance with Alban Berg’s claim that between speaking and singing there is no unsurpassable frontier, only grades in a continuum 1; in 1984, Lourenço developed some of the ideas on this subject in his classes at the University of Innsbruck, just a few years before writing the texts of Os Degraus do Parnaso 2.

These 25 essays were originally published in 1989, in a column of the newspaper O Independente. Two years later they were collected and published in a book which was awarded the D. Dinis prize, given by Fundação Casa de Mateus. In the 1990s, though in a less systematic way, Lourenço kept on writing short prose pieces that came out in another newspaper, Público, and in the literary journal Colóquio-Letras, and were eventually inserted in a wholly revised version of the book (published in 2002 with the label full text edition). Both versions, the 1991 and the 2002, became part of the collected edition of Lourenço’s works, which was published in 2009, the year he passed away. A few of these texts appeared in translation: an English version of four essays, under the title Before the Barbarians, was included in A Revisionary History of Portuguese Literature, issued in 1996; another text was translated into German by Erwin Koller and came out in 2001 in a number of the Austrian journal Literatur und Kritik. In the late 1990s, although plans were made for a full English translation to be published by Stanford University Press and despite some work made by Leland Robert Guyer, they never went beyond a preliminary stage.

1. Two recordings of readings by M. S. Lourenço have been recovered so far. The first one is of Álvaro de Campos’s Tabacaria and the second one are texts by several authors (again Campos, Allen Ginsberg, André Breton and Rimbaud). The translations he followed are by Pedro Tamen (Breton), José Palla e Carmo (Ginsberg) and Mário Cesariny (Rimbaud). These readings date back to 1975 (Tabacaria) or generally to the mid 1970s and result from Lourenço’s collaboration with the radio programme Em Órbita.

2. In the summer semester of 1984 M. S. Lourenço taught at the University of Innsbruck the disciplines Die Entwicklung der portugiesischen Lyrik im 20. Jahrhundert, Eça de Queiroz and Kritischer Humanismus in der 2. portugiesischen Republik. Some of the work he developed with his students at the time relates to subjects approached in Os Degraus do Parnaso (e.g. documents 291 and following, now kept at the archive E62 in the Biblioteca Nacional de Portugal). 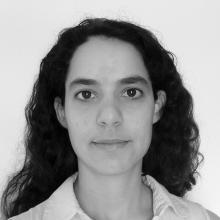 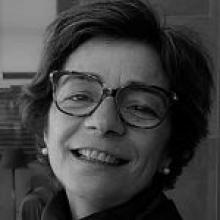